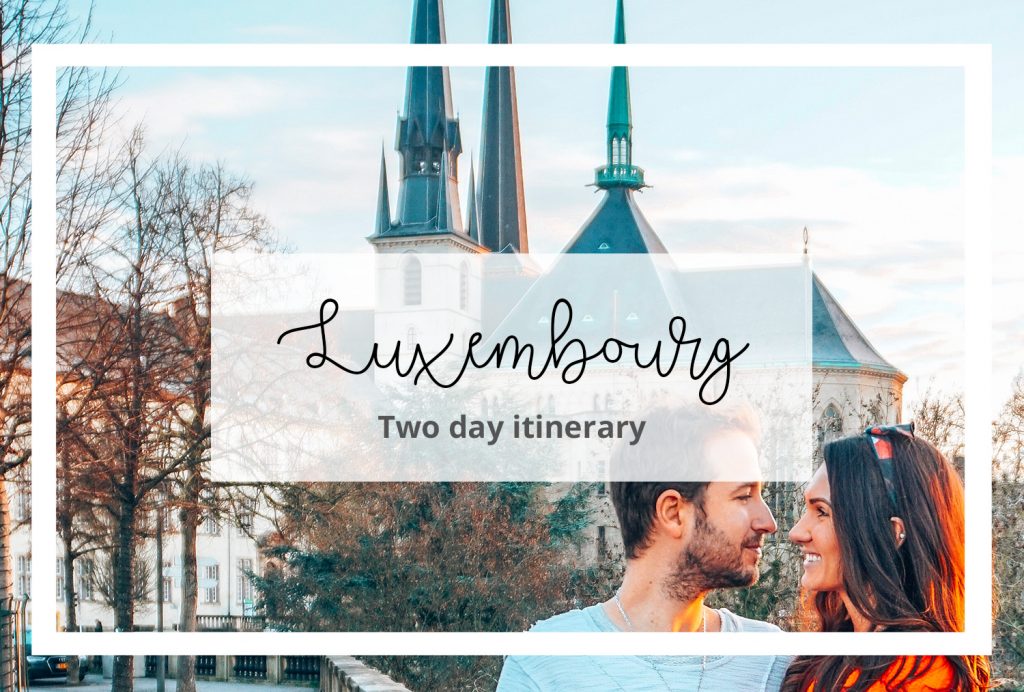 Luxembourg was a last minute decision to catch up with our friend Michael from New York. We had never been so we figured- why not! I feel like there wasn’t really a lot written about Luxembourg as it didn’t seem to be a real tourist destination. Despite that, we wanted to see what this city has to offer and show you guys that it’s worth a visit for the weekend! If you like history, castles and the ability to drive to another country for breakfast, then you’ll love Luxembourg! Here is what we packed into a two day visit to Luxembourg.

Visit the Castle of Vianden

For the first day, we hired a car to go Castle seeing! They say Luxembourg is the country of castles- and they aren’t wrong! We visited four castles while we were here. This one was our favourite! This castle had origins dating back to the 10th century, with many remodels and changes over the centuries. The castle was restored to and open for visitors since 1990. It is open throughout the year from 10 am to 4 pm each day with guided tours available.

This magnificent castle is located in Beaufort and dates back as early as the 11th century. It was ruined during the 30 year war and the owner was forced to sell up. It is only open for guided visits April through til November, Thursday to Sunday, 11am to 4pm though so you have to book during other months if you want to see the inside!

Visit the ruins of Esch-sur-Sûre

This old castle is only a few remains on top of a hill in Esch-sur-Sûre, Luxembourg. After being abandoned over 100 years ago, the castle was once an 8 metre tall tower originally built around 920. The castle was then expanded and had other sections added until it would fall into the hands of the common folk of the village in the 1700’s. Villagers were still known to be living in the castle at least up until the late 1800’s. The castle is now protected and even illuminated at night so you can visit any time!

These ruins are located in the outskirts of Echternach and was once a large Roman Palace! Such a fascinating piece of history.

See the city of Echternatch

This city is famous for it’s Abbey and is located on the German border by the River Sauer. With a gothic feel and quaint streets, this was a fun stop over on our road trip. 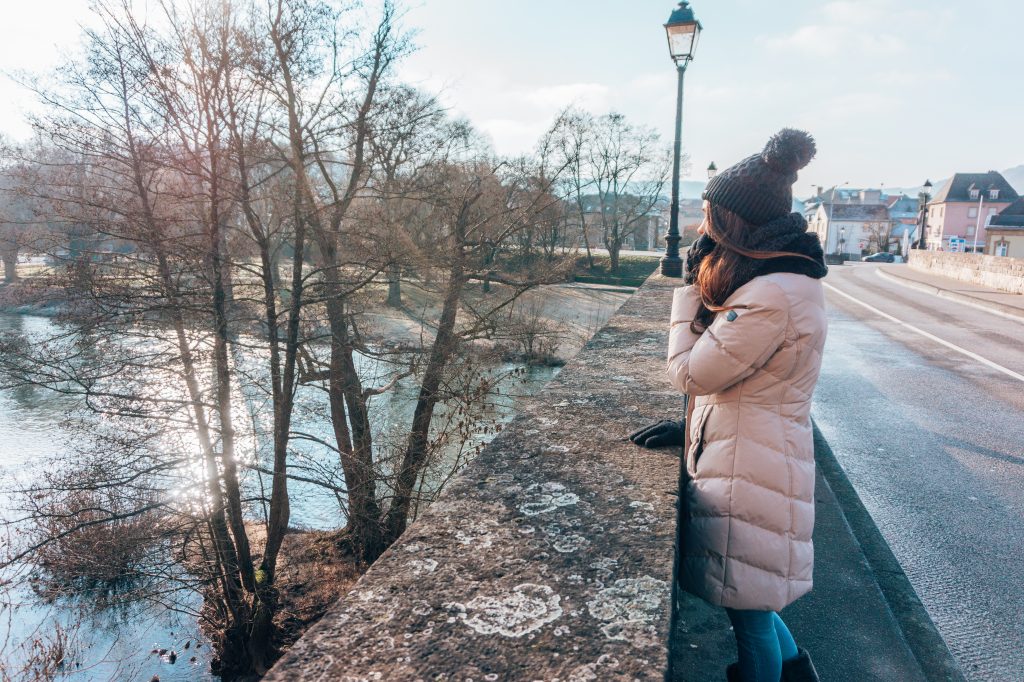 Do a walking tour of the city

For your second day, you can enjoy the sites in Luxembourg city! You can get a free guide book from the city of Luxembourg for a walking tour of Luxembourg! You can also pay for a tour guide on certain days. We thoroughly enjoyed this walk which took us through the streets, down the valley and over to the Bock Casemates.

Eat brunch on the German Border

We drove down to the German border in Luxembourg and had a fantastic brunch at Metschekescht! Whether you’re after delicious vegan food or omnivorous options, this place delivers and with a gorgeous view of the river and Germany.

These old remains of casemates and tunnels in Luxembourg couldn’t be demolished without also demolishing the city so they remain and are an interesting site! 17kms of tunnels and old remain to explore with a gorgeous view of Luxembourg city.

See the Golden Lady of Luxembourg

This statue is located in the heart of the city and is surrounded by gorgeous views of Luxembourg. Get there early to watch a beautiful sunrise!

Have you been to Luxembourg? We highly recommend it for a weekend getaway! As always, happy travels <3

Costa Rica- Guide to the South of the Nicoya Peninsula

We are two soulmates who are digital nomads, love nature, have a passion for adventure & unique events like Burning Man. We don't like conforming to the norm and love to experience all of what life has to offer. We are here to inspire you to live your best life! After all, you deserve it! Follow us for blogs on travel, life, Burning Man, festivals & more!